A Lifetime of Excellence in Motorcycle Restorations 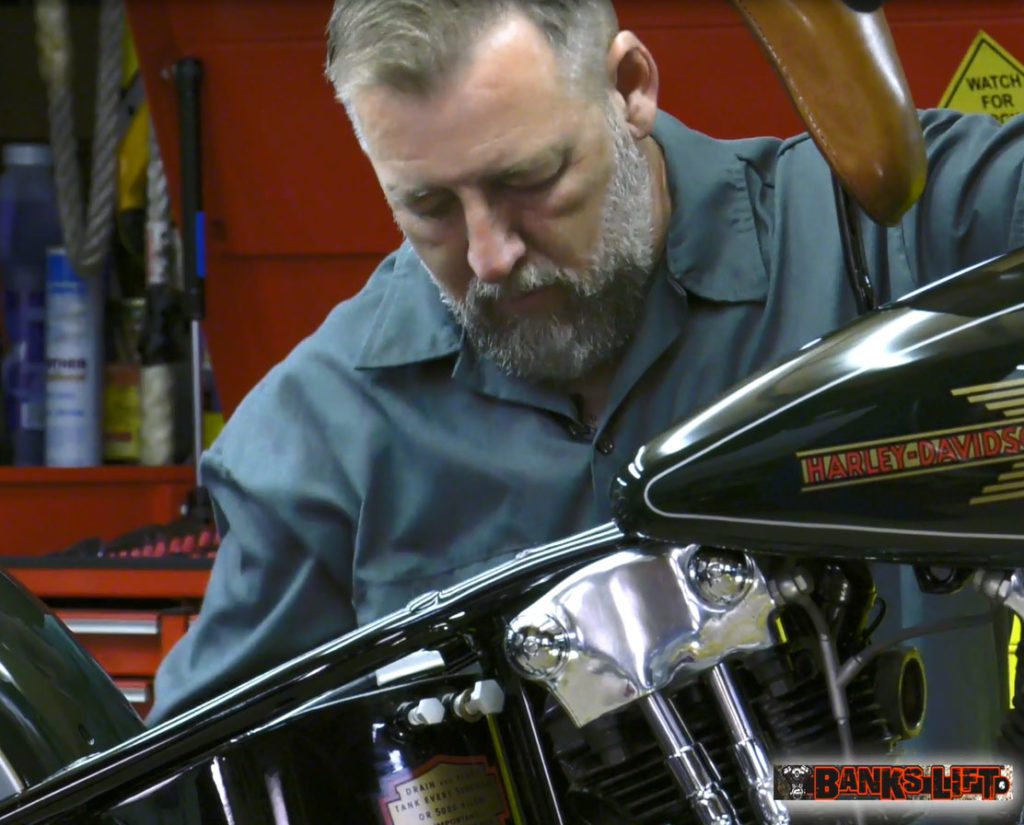 A 1985 graduate of MMI (Motorcycle Mechanics Institute) in Orlando, Florida, George Banks graduated at the top of his class. MMI is the only school in the United States that graduates certified Harley Davidson mechanics, and to work at any Harley Davidson franchise you must be an MMI graduate.

Over the years, George has been passionate about working with vintage one-of-a-kind Harley Davidson, and his brother Tom acquired his first “Pan Head” from George in 1984.

A Lifetime of Experience Paves the Way for the Banks Lift™

George Banks has spent his career working on Harley Davidsons. At Hog City, in Florida, he did predominately restoration work, and because he is a master professional, understands the unique challenges presented by removing and replacing a Harley Davidson motor.

His special skills and knowledge allowed him, with the help of his brother Tom, to design, engineer, and bring to market the Banks Lift.

The Banks Lift™ is the only lift available and on the market custom designed to remove a Harley Davidson engine easily and quickly with no harm to the mechanic, nor the bike’s engine or frame.

George Banks’ expertise and knowledge have made this lift possible.

To learn more, please visit our Banks Lift page, or fill out or easy to use Contact Us form.

To see the Banks Lift™ in action, our video.