The story of Banks Brothers Motorcycles is a story of family, starting with the Tom and George’s grandfather, John K Banks.

Born in Braddock, Pennsylvania, John became the General Superintendent at Reliance Steel in McKeesport, John instilled in his grandsons two important lessons: first that a company is only as good as its employees, and second that entrepreneurial innovation is the key to success.

From their father, P.R. Banks or Dick as the family called him, Tom and George learned about hard work and the blue collar work ethic. P.R. also demonstrated the family’s entrepreneurial spirit by founding B&B Motorcycles in Braddock, instilling in Tom and George a lifelong love of American made Harley-Davidson and Indian bikes.

When their father was killed in an accident in 1984, Tom and George Banks found a new mentor in their father’s best friend, Bob Hart.

Hart encouraged the brothers in their love of motorcycles and Tom has ridden all over the United States with Bob, including visiting almost all of the National Parks. Tom and Bob Hart are also members of the 1000 in One Club of the Syria Shrine Motor Corps, Pittsburgh Pennsylvania. To be a member, bikers must ride 1,000 miles in one day, which is certified beginning and end by a police officer.

Currently, both brothers ride for pleasure and now have a collection of Harley Davidsons’ and a few Indians.

George Banks graduated top of his class in 1985 from MMI (Motorcycle Mechanics Institute). MMI is the only school that graduates certified Harley Davidson mechanics, and George has also worked with Bill Moore in Hog City, Florida, where they performed many motorcycle restorations.

Learn more about our founders:

The Banks Lift: Innovation at its Best

The Banks Lift™ has been designed and crafted in that spirit of innovation and the family’s determination for excellence. Designed to avoid injuries to mechanics, the Banks Lift™ also protects both the Harley Davidson’s body and engine from bumps, scrapes, or being dropped.

The lift is so precise, it can be set to a 32nd of an inch and finesse an engine into place on a workbench or table.

For more information, please visit our Banks Lift page, or Contact Us today.

Also, be sure to visit our Virtual Museum and see our collection of one-of-a-kind Harley Davidsons and Indian bikes. You can even watch the Banks Lift™ in action. 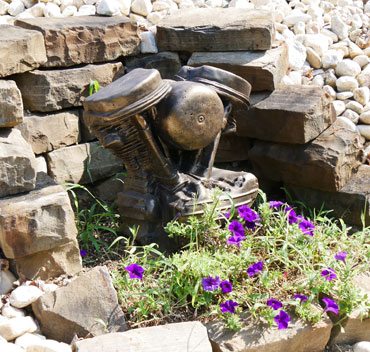 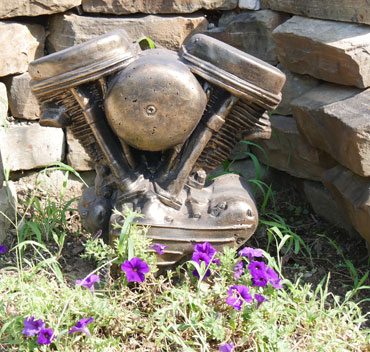